In April this year, under the leadership of the so-called “moderate” President Hassan Rouhani, Iran’s morality police raided a party in the city of Isfahan for no reason other than the fact that the majority of the guests were allegedly gay men between the ages of 16 and 30. The police severely beat several party goers, interrogated them at a Revolutionary Guard station, then carted them off to Dastgerd Prison. Not until several days later did members of the Basij militia inform their family members that they had been arrested for sodomy.

Since the 1979 Revolution, the Islamic regime in Iran has persecuted thousands of Iranians and freely admits that it sentences individuals to death for homosexual sex. In 1991, in its reply to inquiries made by a UN special representative, the Iranian government stated that, “according to the Sharia law, homosexuals who confess to their acts and insist on [their homosexuality] are condemned to death.” 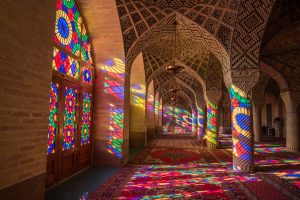 Though human rights activists and advocates know that the actual numbers of executions and other corporal punishments meted out are much larger than what the regime admits, the numbers we have are already staggering. The Abdorrahman Boroumand Foundation, an Iranian human rights organization, has recorded at least 146 executions where the individuals were charged with “homosexual acts.”

Iranian authorities deny defendants’ basic rights, such as the right to an attorney during interrogation, the right not to self-incriminate, and the right to remain silent. Flogging is routine for Iranian gays, many of whom express relief that they were “‘only’ sentenced to corporal punishment,” Parsi says.

In 2013, United Nations special rapporteur on human rights Ahmed Shaheed published a report on extensive and systematic violations in Iran and expressed concern over the oppression and abuse of the LGBT community there. In response, Mohammad Javad Larijani, Secretary General of Iran’s so-called High Council for Human Rights, said, “In our society, homosexuality is regarded as a sickness or disorder that requires treatment. Advocating homosexuality is illegal and we have robust mandates and legislation to confront it. In the West, homosexuality may be regarded as a norm but they cannot force us to accept it. We strongly oppose it.”

In June 2016, following the grisly Orlando shootings at Pulse, a gay nightclub, the Washington Post published a report on the world’s top ten countries where homosexuality is punishable by death; Iran was second on the list after Yemen.

After Thailand, Iran has the world’s highest rate of sex-change operations.

In 2008, Tanaz Eshghian produced and directed the documentary Be Like Others for the BBC about, among other things, the exceptionally high number sex change operations in Iran. She interviewed several Iranian men who either had or were about to undergo the procedure, not because they’re actually transgender but because they’re under pressure from the authorities.

The regime claims that the Quran expressly prohibits homosexuality, yet transsexuality is unmentioned in the Islamic holy book. So, in 1983, Iran’s revolutionary leader Ayatollah Khomeini greenlit gender reassignment surgery as a “solution” for homosexuality. After Thailand, Iran has the world’s highest rate of sex-change operations, yet cross-dressing or transvestism prior to surgery is prohibited as disruptive to the social order.

The regime even offers loans to those considering surgery and requires insurance companies to cover such procedures in their policies. Many homosexuals therefore submit to sex change operations as a way of gaining acceptance within the community and escaping regime-sanctioned violence against them. Most of those interviewed in Eshghian’s film rationalize their decision to endure an agonizing process and potentially life-threatening surgery for those reasons, but many end up committing suicide afterward.

Lesbians are targeted less frequently than gay men, but they too face severe punishments, including lashes and flogging, and boyish girls, like effeminate men, are harassed and bullied. “Death might seem a worse fate than torture,” Bahar Noroozi writes at Vice.com, “but in practice gay women face double discrimination—first as women, and then as lesbians. Women’s rights in Iran are already severely restricted: Fathers, brothers, and husbands can assert unquestioned control over their daughters, sisters and wives. In the legal arena, such as inheritance disputes, a woman’s testimony is very often just half the value of a man’s.

Iranian activist and analyst Hossein Alizadeh writes: “Many gays endure beatings and even sexual assaults from family members. Even if one manages to create a parallel life, it is tenuous and can be destroyed instantly. Certain people can shield themselves—hide behind their money and their connections. The problem is that somewhere down the road, someone finds out you are gay and then starts blackmailing you. It doesn’t have to be a straight [person], it can be a gay who sleeps with you and finds out you have money. You are at the mercy of the society without legal protection.”

Finding a steady life partner is especially challenging for Iranian gays; many go through severe depression, anxiety, loneliness and alienation. Most Iranian gays marry traditionally for the sake of normalcy and to ward off gossip and social disapproval. Prostitution is often the only alternative to having same-sex affairs, which also provides a tempting income, for gays and straights alike in an economy beset by inflation and unemployment.

While gays, lesbians and transgendered individuals in the West still face some struggles for equal rights and acceptance, their brothers and sisters in some parts of the world are still struggling just to survive.

About the author: Banafsheh Zand is an Iranian journalist and human rights activist based in New York. She is the English language editor of “The Iranistas,” a YouTube news & analysis program.